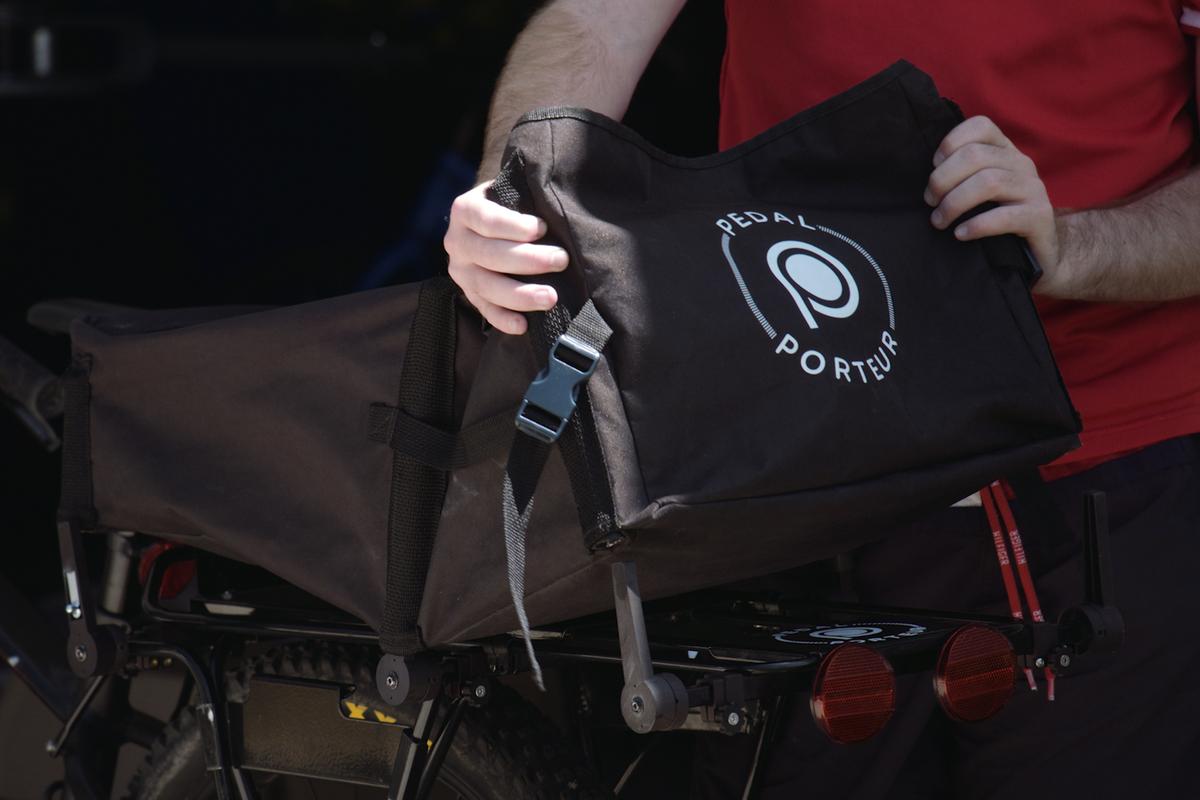 Rear racks are certainly handy for carrying cargo on your bike, but they're not always long enough, wide enough, or just handy enough. The PedalPorteur was created to address those shortcomings, with a transformable design.
Los Angeles-based engineer Gordon MacMorran first created the PedalPorteur for use by his kids, but has now turned to Kickstarter to fund large-scale production.
At first glance, it looks like a regular tubular-aluminum rack. However, for long loads, its telescoping rear end can be pulled out from the main platform and locked in place. This extends the total length of the rack from 16.25 to 28 inches (412 to 711 mm).
And if the cargo is unusually wide, one to three pairs of arm extensions can be pulled out of the sides of the main platform and locked at the desired width. Doing so extends the width of the rack from 11 to 21 in (279 to 533 mm). When not needed, the arms can be swivelled downwards so they're not in the way, or completely taken off. 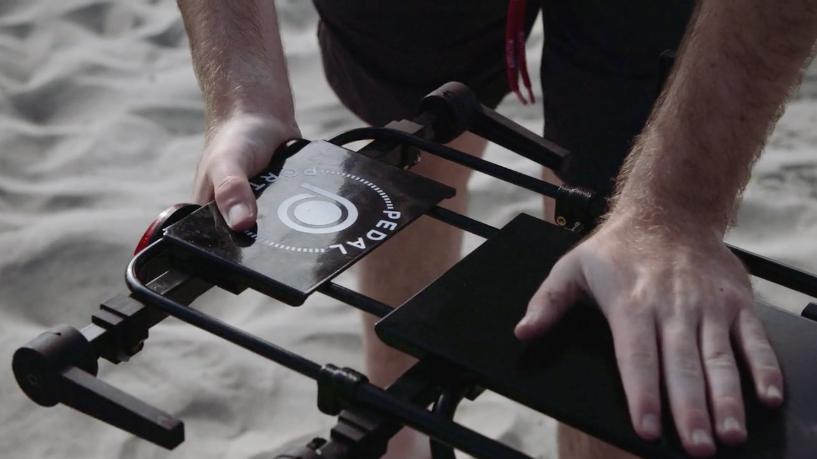 The rear end of the rack is pulled out, with the arm extensions visible at the sides PedalPorteur
Alternatively, to help hold loads in place, the rear two sets of arms can be replaced with a pair of raised bamboo side rails – these are likewise adjusted to the desired length, then locked in.
The system also includes a cargo bag, called the Bagsket, which mounts length-wise along the rack. Made of water-resistant polyester and featuring supporting ribs that help it hold its shape, it folds accordion-like with the rack as the latter's length is adjusted.
MacMorran tells us that the distance between the two aluminum posts which secure the rack to the bicycle's rear braze-ons can also be telescopically adjusted, allowing the PedalPorteur to be mounted on bikes of various shapes and sizes.
Pledge levels start at US$132 for the basic adjustable-length rack, and go up from there with add-ons such as the arm extensions and Bagsket. Assuming it reaches production, shipping is estimated for next March.
You can see it in use, in the video below.
Source: Kickstarter